This includes a replacement for Hilton Head Island High School principal Amanda O’Nan, who left the position in May after more than 10 years on the job. O’Nan is accused of improper conduct on campus and resigned in May as part of an agreement with the Beaufort County School District (BCSD).

Stee Shidrich will take over the position. He taught at the high school for 13 years and, for the past seven years, has worked as an assistant principal at Bluffton Middle School.

Also approved is Elizabeth Rivera, who has served as an assistant principal at Joseph S. Shanklin Elementary School for six years. She will take over as principal, a position formerly held by Celeste LaVan. LaVan left Shanklin in July to become Director of Elementary Education for the Darlington County School District.

Alvida Graham has been selected as principal of Beaufort Middle School. For the past six years, she has worked as an assistant principal at district middle and high schools.

Mary Stratos, the current principal at Forest Hill Community High School in Palm Beach County, Florida, will be taking the reigns as District Chief Instructional Services Officer. The position was recently held by Bonnie Almond, who left the district in June.

“Every strong school district has strong leaders, and I’m confident that these four educators will be successful in their new roles,” Rodriguez said in a statement. “They’re experienced, they understand the importance of hard work, they understand the value of teamwork, and their No. 1 priority will be ensuring that each and every student succeeds.”

Democrats and Republicans are still at odds over whether or not this decision is moving too fast.

BEAUFORT COUNTY, S.C. (WSAV) - Could the Lowcountry be losing one of its most valuable assets?

An interview with the Commandant of the Marines has put the future of Marine Corps Recruit Depot Parris Island in doubt.

CHATHAM COUNTY, GA (WSAV) - The people that work daily to protect victims of crime have received some help from the Chatham County District Attorney's Office.

District Attorney Meg Heap was flanked by Directors and Board Chairpersons from the Coastal Children's Advocacy Center, Safe Shelter, Rape Crisis Center, and the Chatham County family Justice Center as she handed each agency checks for $500,000. 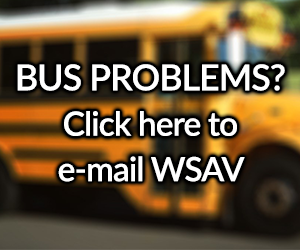