Genesis is on a roll with design, and all signs point to the South Korean luxury automaker speeding up rather than slowing down. On Tuesday in Malibu, California, the walls fell away from a box housing the Genesis X Convertible concept that could preview an electric convertible.

Light on details and long on looks, the 2+2 electric hardtop convertible makes a design statement that might as well be an exclamation point. 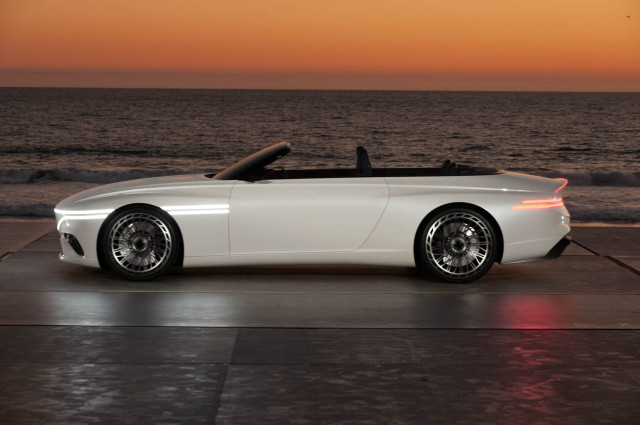 Genesis said the X Convertible is based on the same electric platform as the Genesis X Concept revealed in 2021 and the Genesis X Speedium concept revealed last April. Donckerwolke said the three concepts have been built to refine the design formula and see if a business case can be made for a limited run of series production cars. 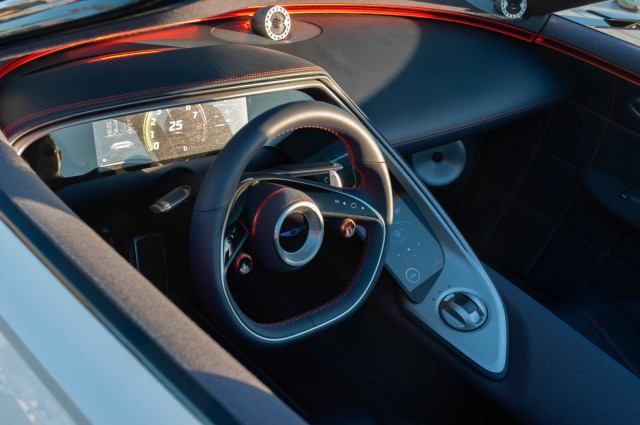 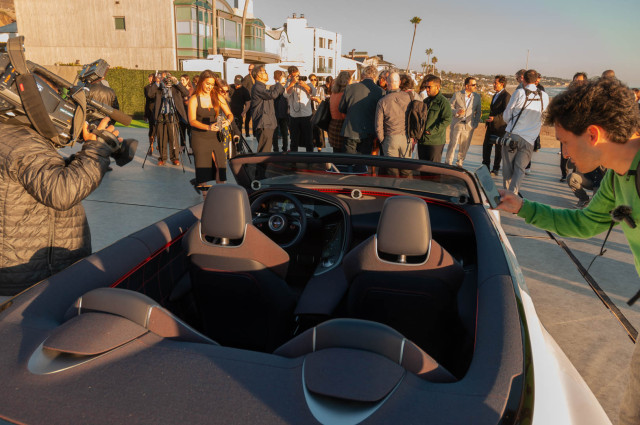 Inside, the X Convertible’s driver-centric cockpit is a tweaked version of the X Speedium Coupe concept’s interior, which looked production ready when it was revealed in August and does here as well. Like in the coupe, the center console is turned toward the driver and walls off the passenger from the controls.

The folding hardtop, which wasn’t shown or put up during the reveal, is said to utilize transparent moonroofs to provide occupants an open feeling even while closed.

Low and sleek, the concept has a long dash-to-axle ratio, an extended hood, short front and rear overhangs, wrap-around LED lights at all four corners, and a ducktail spoiler. It all punctuates simple, attractive lines. Genesis noted the aero-dish wheels feature a functional design with a specifically spaced concave area that extracts heat from the brakes.

Donckerwolke said the design shared by the X Convertible and the Speedium coupe concepts seems to have found the sweet spot for a grand tourer that resonates with customers.

Netherlands eliminates US at World Cup

What’s the most hated Christmas song?

Netherlands eliminates US at World Cup

What’s the most hated Christmas song?

How to pick the ‘right’ amount to spend on holiday …

Russian prison expert: Brittney Griner is in the …

How much do runoff elections cost taxpayers?

Early voting ends in Chatham County ahead of runoff

Former US soldier admits guilt in death of Fort Stewart …

Obama, Warnock campaign in Atlanta ahead of Georgia …

How to pick the ‘right’ amount to spend on holiday …

Russian prison expert: Brittney Griner is in the …